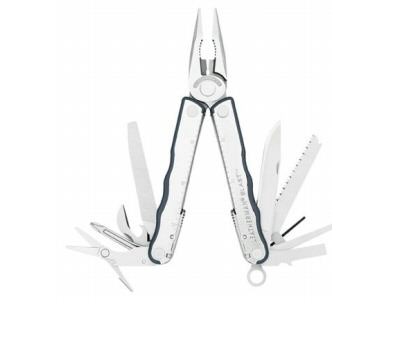 The Leatherman Blast was introduced in 2004, along with the Fuse and Kick at a time when many changes were happening at Leatherman. Many tools of the old line were discontinued that same year to make way for a new group of tools. Some tools like the Wave received an upgrade and became the New Wave, the Charge series was first introduced and a tool of a different sort, the Zytel line. These tools had stainless steel handles but had the addition of a Zytel (very durable type of plastic) insert for comfort. This move showed to some that Leatherman was trying to move forward with new innovations. Others simply did not like the new tools because of the Zytel but ultimately these tools were successful in their 8 year run being discontinued in 2012. 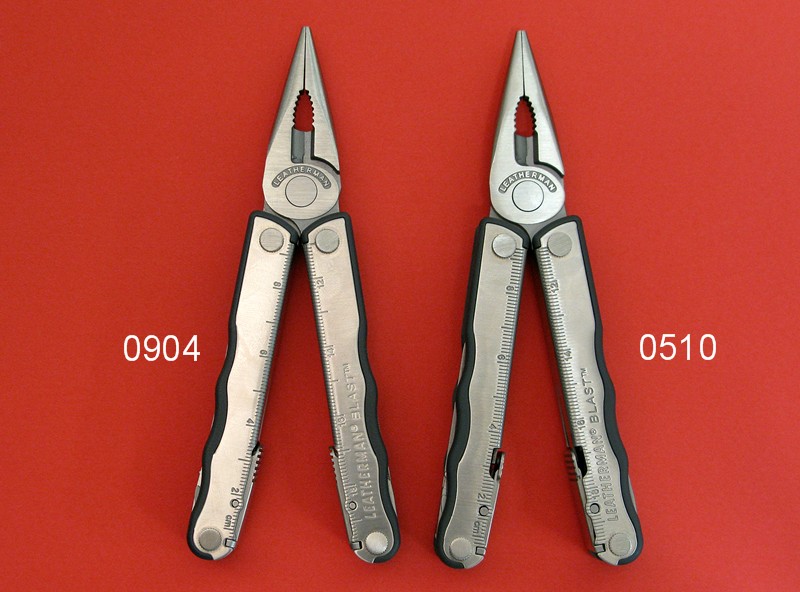 Inside accessible tools. All locking with a bead blade finish.

The Blast has a push button lock system.

In 2009 Leatherman made the push lock system stronger and beefier, they added a cutout on each side of the handle to allow for a bigger push tab. They also used bigger pin stock for the lock pivot.